More brands are jumping on the Pride bandwagon. Is that a problem? 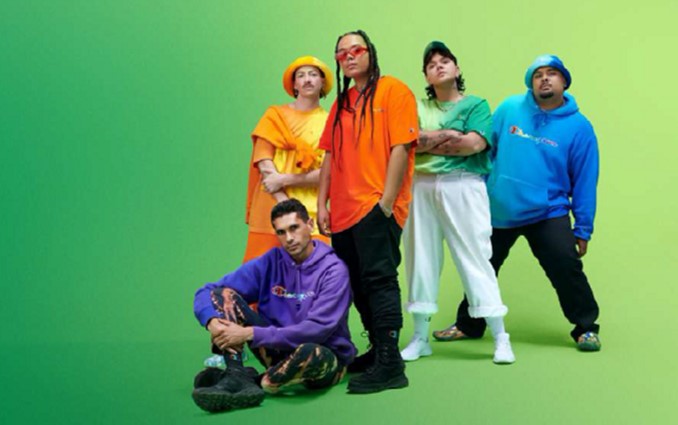 MORE BRANDS ARE JUMPING ON THE PRIDE BANDWAGON. IS THAT A PROBLEM?

Australian brands and businesses are increasingly launching limited-edition Pride collections and campaigns and supporting LGBTQIA+ causes in the month of June, as the American event spreads to more countries around the world.

Earlier this month, Champion ANZ launched its first-ever Pride range, which was created in collaboration with queer artist collective Sissy Studios. The range includes tees, reverse weave hoodies, bucket hats, caps and socks in the colours of the rainbow, and it’s part of a new long-term partnership between Champion ANZ and the Queer Sporting Alliance.

Meanwhile, Queensland-based activewear brand LKSD has reimagined some of its best-selling products with rainbow colours for its first-ever Rep with Pride collection. It is donating 5 per cent of total sales from the collection to Wear it Purple, a nonprofit supporting LGBTQIA+ youth.

WHAT IS PRIDE MONTH?

The roots of Pride Month go all the way back to June 28, 1969, when hundreds of LGBTQIA+ people in New York City fought back against police persecution in what became known as the Stonewall uprising. Marches were held to commemorate the event on the same date the following year, and today, the entire month of June is recognised in the US as a time to celebrate the contributions of LGBTQIA+ people and campaign for their equality.

Over the years, LGBTQIA+ communities in other parts of the world, such as the Philippines, Brazil and many countries in Europe, have adopted June as Pride Month. But until recently, Australian LGBTQIA+ people were more likely to celebrate Sydney’s Gay and Lesbian Mardi Gras in February, or Melbourne’s Midsumma Festival in January, than Pride in June. That is starting to change.

“It’s a growing trend,” Joan Westenberg, the openly transgender woman behind Melbourne advertising and PR agency Studio Self, told Inside Retail about the growing recognition of Pride Month in Australia.

I think it relates partly to the global aspect of the queer community. So many of us are very online and we make connections across borders because we find that community wherever we can. It just kind of naturally spreads,” she said.

Like Halloween and Black Friday, it doesn’t necessarily matter that Pride Month lacks a history in Australia. As more people become aware of it happening overseas and more brands start to support Pride locally, it will continue to grow.

However, there’s a risk that brands that simply post rainbows on social media or launch Pride-themed products will be accused of jumping on the bandwagon or trying to profit from the LGBTQIA+ community while ignoring the very real discrimination they still face.

For instance, Westenberg only started her own agency after she struggled to get hired after she transitioned and came out as transgender.

“There is no point in having a Pride shoe if it’s being made in factories where there aren’t provisions made for trans employees,” she said. “It’s deeds, not words. That’s what people are looking for.”

According to Nigel Hickey, co-founder and group managing director of Jooc’d, a platform for LGBTQIA+ influencers, most brands that participate in Pride Month fall into three categories.

“The first are brands that simply rainbow wash corporate logos. The second are brands that are commercialising Pride through Pride Month limited-edition products and campaigns. The third are those that actually have a diversity statement, policy or program that is visible throughout their corporation to both shareholders and consumers, rather than just tokenism once a year,” Hickey told Inside Retail.

He pointed to the banking group ANZ, Absolut Vodka, Celebrity Cruises and Ben & Jerry’s as examples of brands that go beyond marketing campaigns to truly fight for LGBTQIA+ equality.

“If brands want to be genuinely inclusive, they should be developing a path to Pride, similarly to what they do with sustainability to ensure that all their partners from manufacturers to their marketing agencies all share the same diversity values,” he said.

“Without this organisational support and framework, we see brands and marketers making tokenistic gestures such as temporarily changing their logo for Pride Month or running short term marketing initiatives.”

But while Hickey acknowledged that corporate participation in Pride is a problem if it’s simply about performative allyship, he also cautioned against throwing the baby out with the bathwater.

“Like any other not-for-profit organisation, the LGBTQIA+ support organisations need funding and often benefit greatly from many of these corporate initiatives and this allows them to continue the incredible work they do within the community,” he said.

“Any visibility to support change from an organisational level should still be viewed as a positive. It would be very ‘un-pride’ for organisations and brands to be calling out other brands for their level of support of the community. Whilst we want to challenge brands to go beyond tokenism and rainbow washing, we should still place value on all contributions to drive change and equality in all its shapes and colours.”

Westenberg is all for brands getting involved in Pride Month in Australia.

“I love the idea of seeing rainbows everywhere. That’s the kind of thing that I did not grow up seeing,” she said.

“If your brand is considering getting involved, I think that’s fantastic, but what I would say is ask for help and input from people in the queer community. Look for where you can do good as much as where you can do things loudly.

DISCOVER YOUR SOCIAL PURPOSE & PATH TO PRIDE WITH JOOC’D.

More brands are jumping on the Pride bandwagon. Is that a problem? 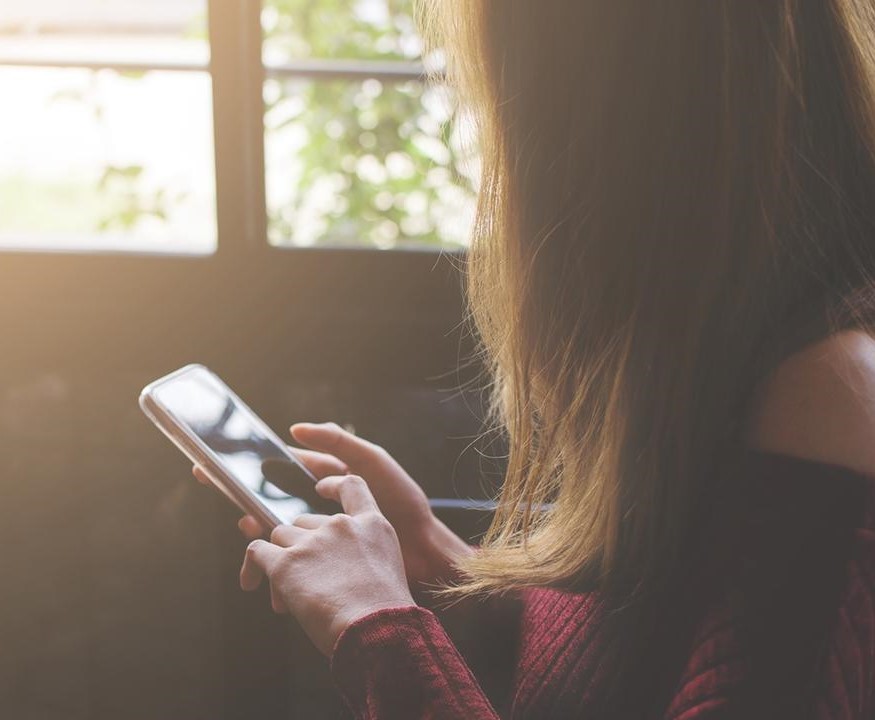 It’s been a pleasure to work as a member of the Guiding Council with leaders in the industry to create AIMCO Australian Influencer Marketing Council and release the first industry code of practice for the influencer marketing category here in Australia.

AIMCO was established in late 2019 to drive trust, accountability and transparency in the growing sector of Australian influencer marketing.

Influencer marketing continues to grow both globally and locally, driving brand awareness and advocacy, as well as reaching new audiences. It is one of the marketing channels that did not experience a significant decline in activity even in the COVID-19 shutdown period when marketing spend in many channels experienced sharp reductions.

However, the industry recognises that for this channel to mature into a position of greater trust and continued growth, transparency is pivotal. The World Federation of Advertisers states that: “Spend will rise where influencers meet critical standards on transparency, credibility and quality of followers”.

The Influencer Marketing Code of Practice is AIMCO’s first major initiative and has been developed collaboratively with input from more than 50 companies including founding member companies that represent all sides of the influencer marketplace. AIMCO membership includes industry sell and buy side, measurement and also legal representation.

The Code clearly articulates the areas of responsibility and proposed requirements for all involved in the influencer marketing ecosystem. The Code spans influencer vetting, advertising disclosure, and contractual considerations including content rights usage and reporting metrics.

The AIMCO Guiding Council, comprised of 17 organisations from within the founding members of AIMCO, have elected Detch Singh, Founder & CEO, Hypetap to serve as inaugural Chair with Patrick Whitnall, Head of Content and Sport, Publicis Media and Karan White, Business Director, Pod Legal as Deputies.

AIMCO Chair, Detch Singh, Founder & CEO Hypetap commented: “It has been incredible to see the enthusiasm with which the industry has come together for this initiative. Influencer marketing is now widely recognised as a powerful channel, but we have lacked a common language or voice as an industry. AIMCO will be working hard to execute an agenda of strengthening confidence in the category for marketers, creators and the general public.”

The AIMCO Guiding Council will move forward to establish industry working groups to address continued areas of focus. AIMCO invites additional companies to join its members to participate in the working groups to improve the industry for all.

The Audited Media Association of Australia (AMAA) has launched AIMCO and has partnered with the industry to develop the Australian Influencer Marketing Code of Practice. The immediate intent is to focus on the significant adoption of these best practices and further developments will include widespread education and Industry training, continuous improvement and the implementation of accountability frameworks.

Has your brand joined the 93% of marketers who use influencers yet?

Influencer content is being utilised in every channel imaginable. 68.8% of brands already leverage it on their websites, social campaigns, emails, print advertisements. 21.3% say they plan to do so in the future.

90.1% of brands either are or plan to repurpose influencer content across different marketing channels.

Where to start? Getting from A to B.

Define your objectives: What are you trying to accomplish with influencer marketing? Do you want exposure, brand awareness, feedback, or direct sales? Brands who begin with well-defined objectives are far more successful. Anything in your plan that doesn’t support these objectives probably doesn’t belong.

Cultivate long-term relationships: Influencers require a relationship and like all relationships, they take time. After you’ve executed a few campaigns and both parties have learned about each other, successive engagements will take incrementally less work. Long-term influencers will better understand your guidelines, what performs best, and know how to navigate success.

Use micro-influencers: The data is incontrovertible: micro-influencers achieve higher engagement for a lower CPE. They do take more work, however, which is why influencer platforms offers a great advantage.

Leverage a platform: Influencer platforms automate the difficult portions of discovery, vetting, negotiation, content creation, payments, and analytics, and free marketers up to treat influencer marketing as a standalone channel rather than a full-time role. The more you invest in your strategy, both in preparation and tools, the more output you’ll see in terms of content and ROI. 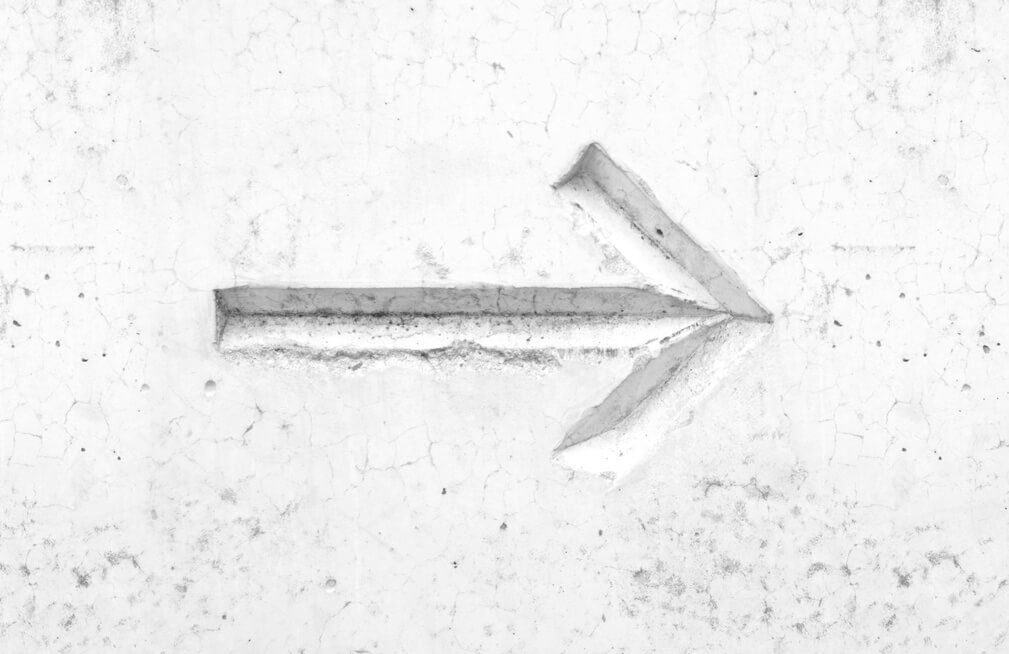 The Power of Influencer Marketing

In fact, 68% of Instagram users say they come to Instagram to interact with creators. Despite influencers being such a driving force behind the platform, Instagram stands behind its algorithm. Why? Because advertising is where the company makes its money. More ads on Instagram means less space in the feed for organic content, which reduces the organic reach.

Regardless, influencers still manage to promote and sell product on behalf of brands, with 87% of shoppers taking inspiration from an influencer before making a purchase.

Increasing The Reach Of Your Influencer Marketing Campaigns

Boosting means putting paid media advertising behind the post(s) of an influencer. This way, you can ensure that the influencer content reaches a wider audience besides just followers of the influencer. Based on interest and demographic targeting, you can extend your audience and reach people your content is relevant to, increasing your return on investment.

Five Tips For Boosting A Campaign

Influencers can be valuable because of the close connection they have with their audience. Extending the reach of your campaign shows the best results when it is done with respect to the influencer’s original audience. Boosting should only ever be used as an extension of organic reach, not as a standalone strategy.